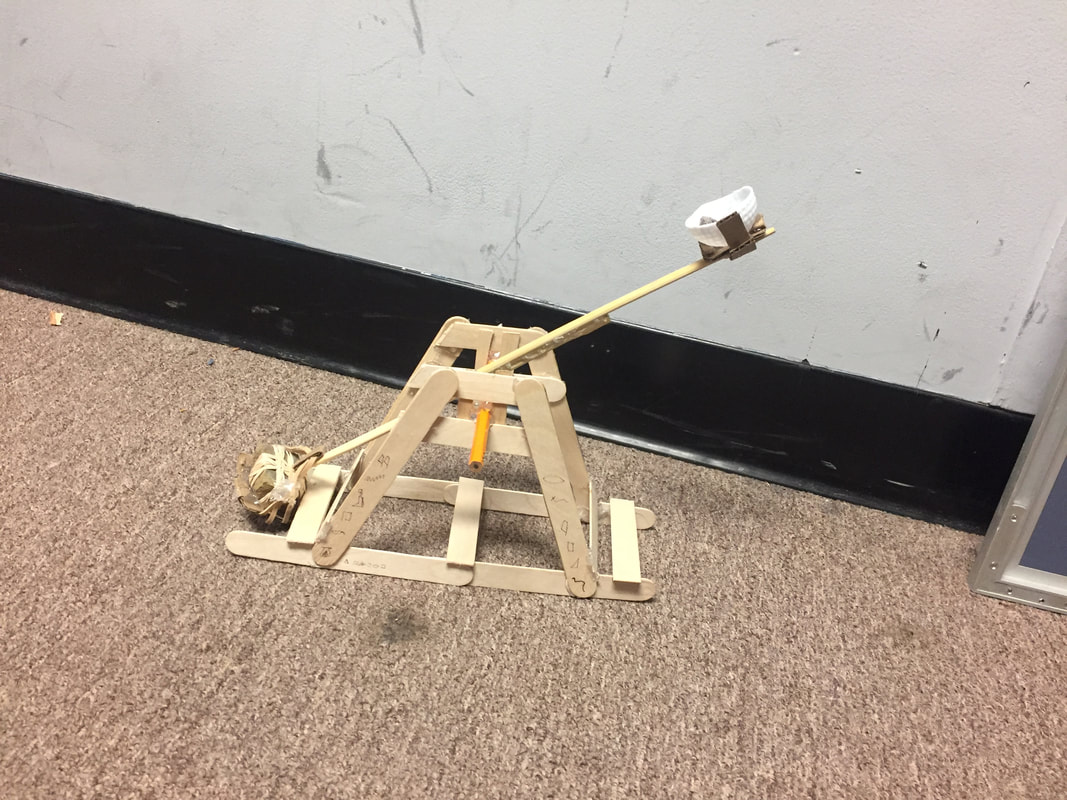 In this project we built trebuchets from a certain time period and place that would actually work. Our trebuchet is based from ancient Egypt 42 BCE. Primarily this was displayed through the skinny and tall stature of the siege engines frame as well as it unusually long arm that was placed on the pivot point two thirds of the way down. However out trebuchet had no platform that it was glued on to (ground) it was actually on two beams that ran perpendicular to the ground. This replicated the skies that the Egyptians put on the bottom of their trebuchets to increase mobility while moving on the sand.  Making this required some pretty hefty planning even just for the frame which was one of my strengths, more specifically it is considered critical thinking. Even though building was a challenge as well my group and I had to find The balance between actual history, practicality, and available resources. This lead into a problem while building that is collaboration because we spit up in between historical accurateness, as well as building two parts of the trebuchet. primarily because we got kind of scattered on how one should preceded on the next step and even though it wasn't that big of a deal it was a nasty hindrance none the less. A scenario of this was when my group and I were deciding if we should add extra support beams or not. 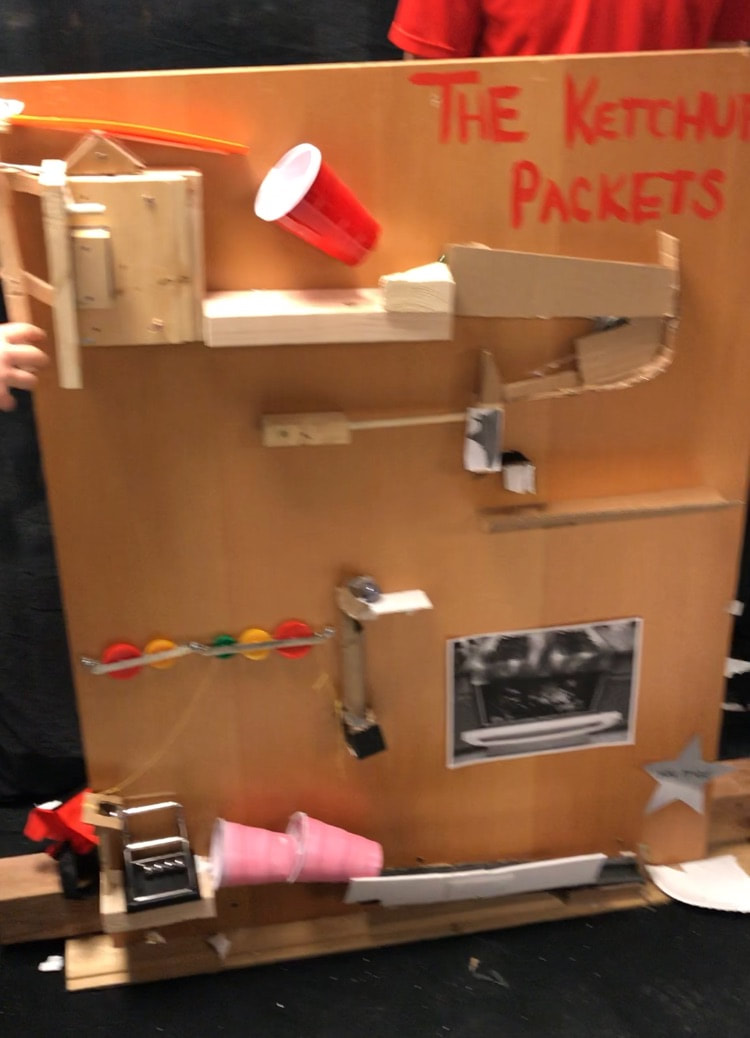 In the first semester at Animas High School in Physics we worked a Rube Goldberg machine. A Rube Goldberg machine is basically a bunch of simple machines to complete a task like in ours we had a bunch of inclined planes to transfer motion from one place to another. In another spot there was a rubber band powered battering ram that was an interesting way to use levers because there were two levers connected by a single beam held in restriction by rubber bands. Also in another spot we used a series of pulleys that received its motion from a marble to lift a steel ball. But behind all the transferring motion is some physics principles such as Potential and Kinetic energy, inertia, momentum and speed. Some examples of this is in the step of our project is the Newton's cradle has a bit of potential energy when the ball is held up on a stand and when the ball hit the main section of the cradle it used kinetic energy to carry through with motion. However a good example of inertia is when the first ball is launched which then ends up stopping when it hits the hammer.
​
In our Rube Goldberg Machines there is a lot math behind what it can accomplish. You can use equations to figure out the Potential Energy of an object falling from a specified height. An example for Potential Energy is if a 7.0 gram ball falling from 50 centimeters equals 0.034335 joules. This would be almost impractical for something like a Rube Goldberg Machine because the massive amount of times this would have to be calculated. However this is still a very important skill in Physics because of it ability to be used in many situations. But calculating Potential energy is just half of what could be mathematically solved. Kinetic energy is also imperative to testing a situation to see if it would work or not, especially if you are dealing with a one try project. Now using the same example as earlier the equation is KE=1/2mv^2 because velocity is 45cm/s this equals 0.00070875 joules. This would how loose or tight the next step should be. This is tedious in a Rube Goldberg machine because of again the large amount of steps. But the usefulness of it slightly outweighs the repetitive of the process.

In the Rube Goldberg project we had a lot of prototypes but not only on the large scale of the machine that was the final product. We also had a lesser Rube Goldberg Machine that was only three steps long and even though this was a smaller project it was still an amazing learning experience. Because of this I learned a lot of creativity that helped a lot during the rest of the project. However an area of growth that I could’ve worked on the most was collaboration because I feel that my group could have done more. However I have made it my goal to fix this problem because in the future this is a very important skill that is absolutely mandatory.
Powered by